In any electrical system, proper bonding and grounding work must be done to ensure its safety. When either process is not done correctly, the piping systems become energized; this can raise the risk of electrocution and lead to fires. Other than metallic piping systems used for filtered water and other metallic systems, most are required to be bonded with an electrical system in the same way that filtered water metallic piping systems are essentially bonded. Several other metallic systems are those used in fuel gas and fuel oil piping, landscape irrigation system piping, swimming pool pump motors, hydro massage tub pump motors, and pneumatic piping just to name a few. There are also metallic components like fences, ladders, or diving boards.

Bonding is usually referred to as the act of electrically tying, in a sense. Electrically conductive systems are not designed or panned to carry a current normally, but when it is bonded to an electrical grounding system, they are permanently joined at the metallic parts. This makes up an electrically conductive path, which makes certain that there will be electrical continuity as well as the ability to conduct any current on metallic parts safely when an electrical system is functioning properly. The equipment grounding conductor or wires do not carry a current, the intention of the equipment grounding conductor is to provide a low impedance ground fault current path from the point of a ground fault on a wiring system to an electrical supply source. This causes the over current protection device to open the current and clear the fault. Electrical systems require the bonding and grounding of the system to be done accurately in order to ensure that it will be safe. Failing to bond the necessary piping systems to the electrical system can potentially lead to fires and electrocution. This is due to the piping systems becoming energized.

Had several electric issues around the house. Called Safeway electric in Fontana and they sent Mitchell the tech. Mitchell was knowledgeable, friendly and made some good suggestions and most of all, the cost was reasonable. Suggestion, don't talk football with Mitchell he's a Green bay fan! Lol! 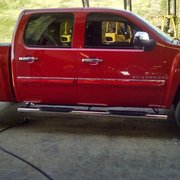 Please leave us a review!